As I was searching the level at Plato for the last cache, my loot radar picked up something above the room with two big globes in it (an Earth globe on the ceiling and a Lua globe on the floor that rolls off and deals heavy damage). 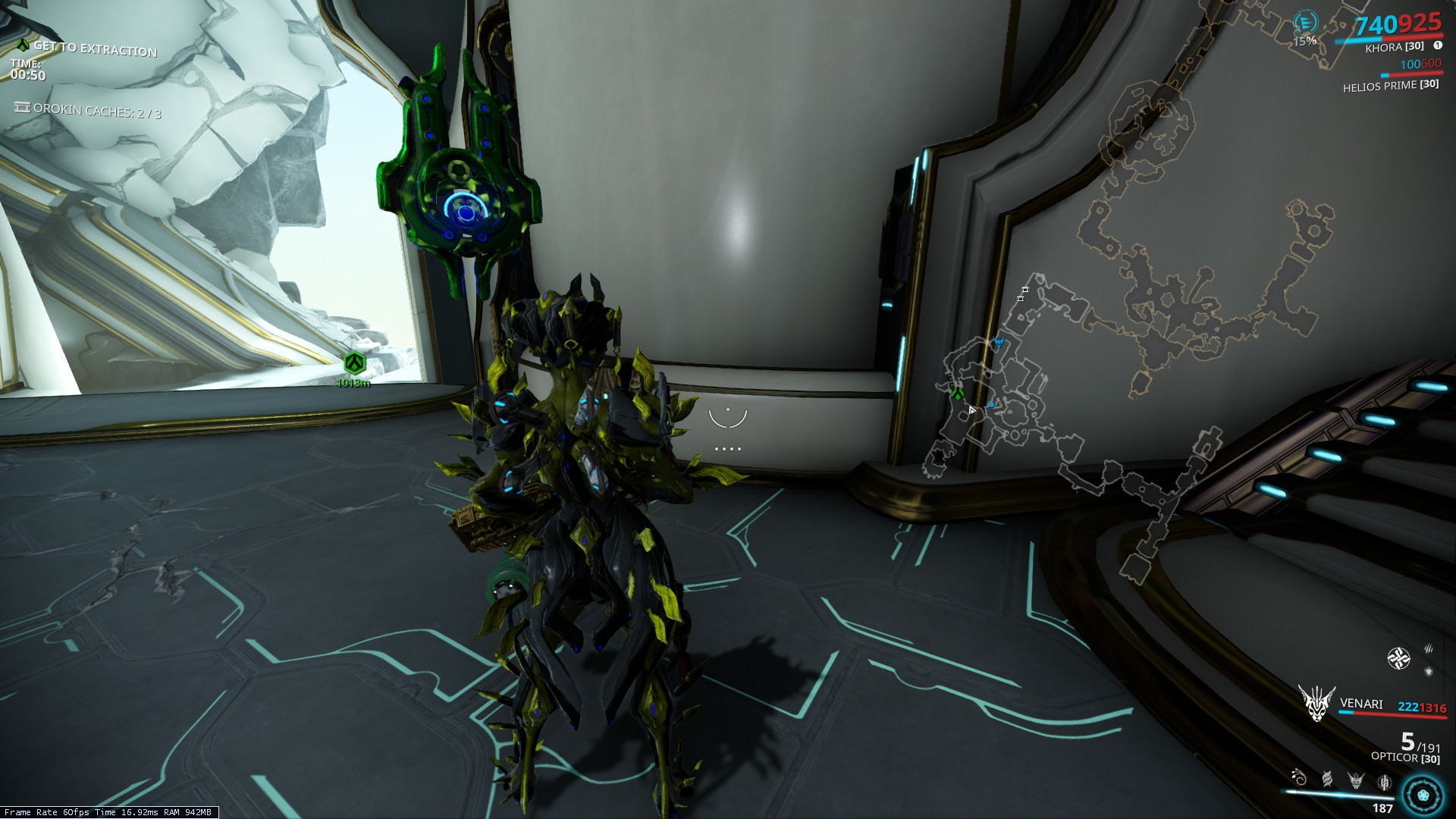 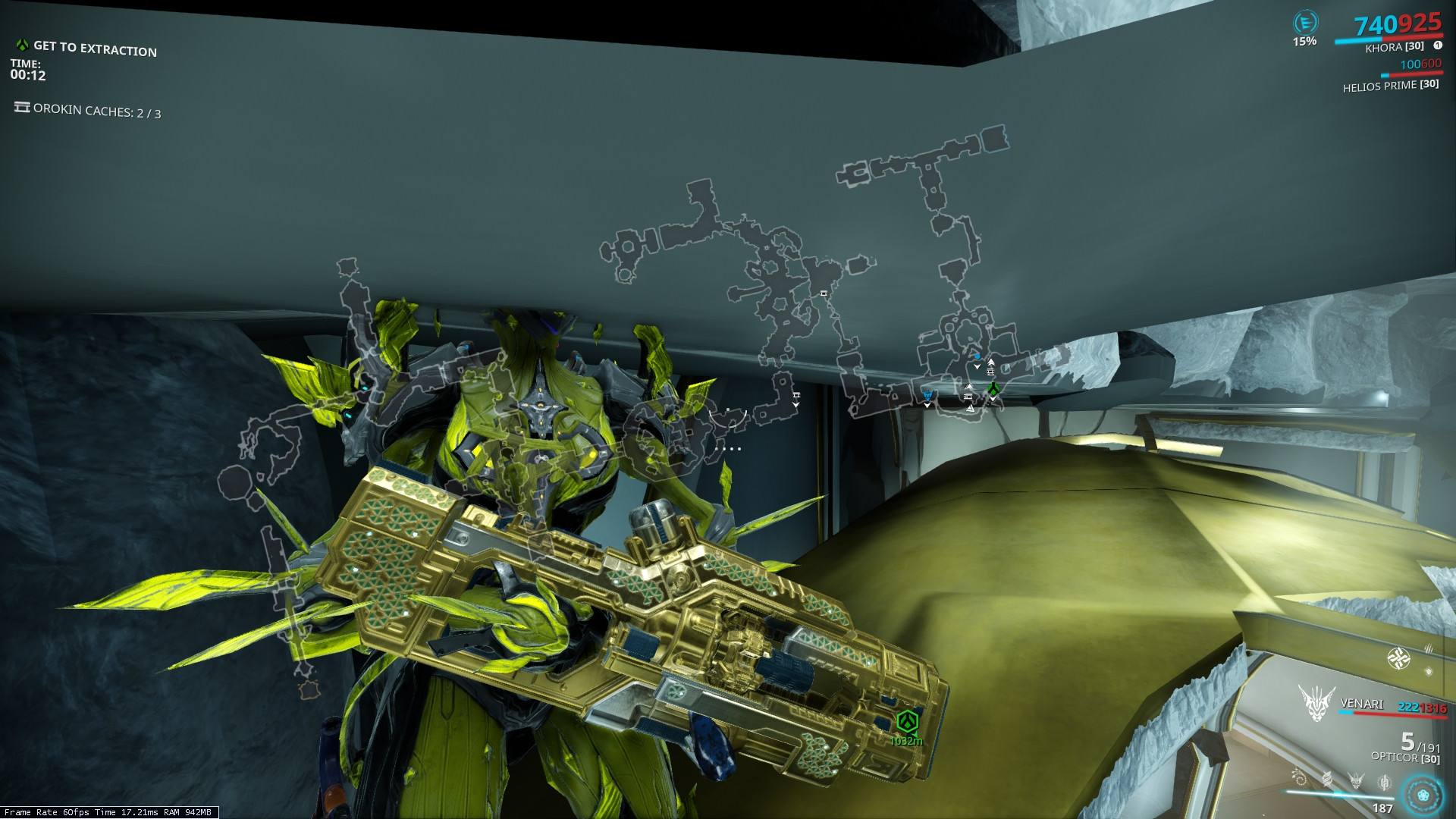 As you can see on the map, there could be no other rooms above this one. And yet the markers on the map seemed to be higher than the highest reachable point in the room (I tried to jump onto the rocks which bound the room from above, but an invisible wall prevented me from doing so). Does anyone know how to get there? I suspect that many caches I couldn't find in the past were hiding in such a place.