I have been noticing a strange issue with Smeeta Affinity charms lately and just wondering if anyone has experienced this, if its a known bug or what...

My KubaKat Smeeta gives me an affinity charm .. during the 156 seconds I get a second affinity charm.. (I go into operator and see a different affinity timer counting down and it says Affinity) but what is happening sometimes is when the first charm timer ends, even if I still see time remaining on my second charm, both affinity timers abruptly finish and I only get a single charm buff pickup not the second  .. Ill try to get some screenshots later today but thought someone might know of this and be able to help?  It doesnt happen all the time but often enough to have a noticable affect on my Kuva count at the end of the survival runs.

I am using Khora and have no primary or secondary weapons equipped if that makes a difference at all to this issue.  My Smeeta has Charm mod, fetch, tek enhance, tek assault, primed animal instinct, primed pack leader, synth fiber and the 3 link mods.

Ive seen this happening for a little while but thought it might have been just me but my clan mates have now witnessed this as well.. I was thinking that due to the fact I dont get the reload buff charm (even though we hear the charm noise) if this was affecting the other charm timers?

this was a double charm I tried to capture this happening .. first image shows 40.2 sec left on affinity buff at 18:54 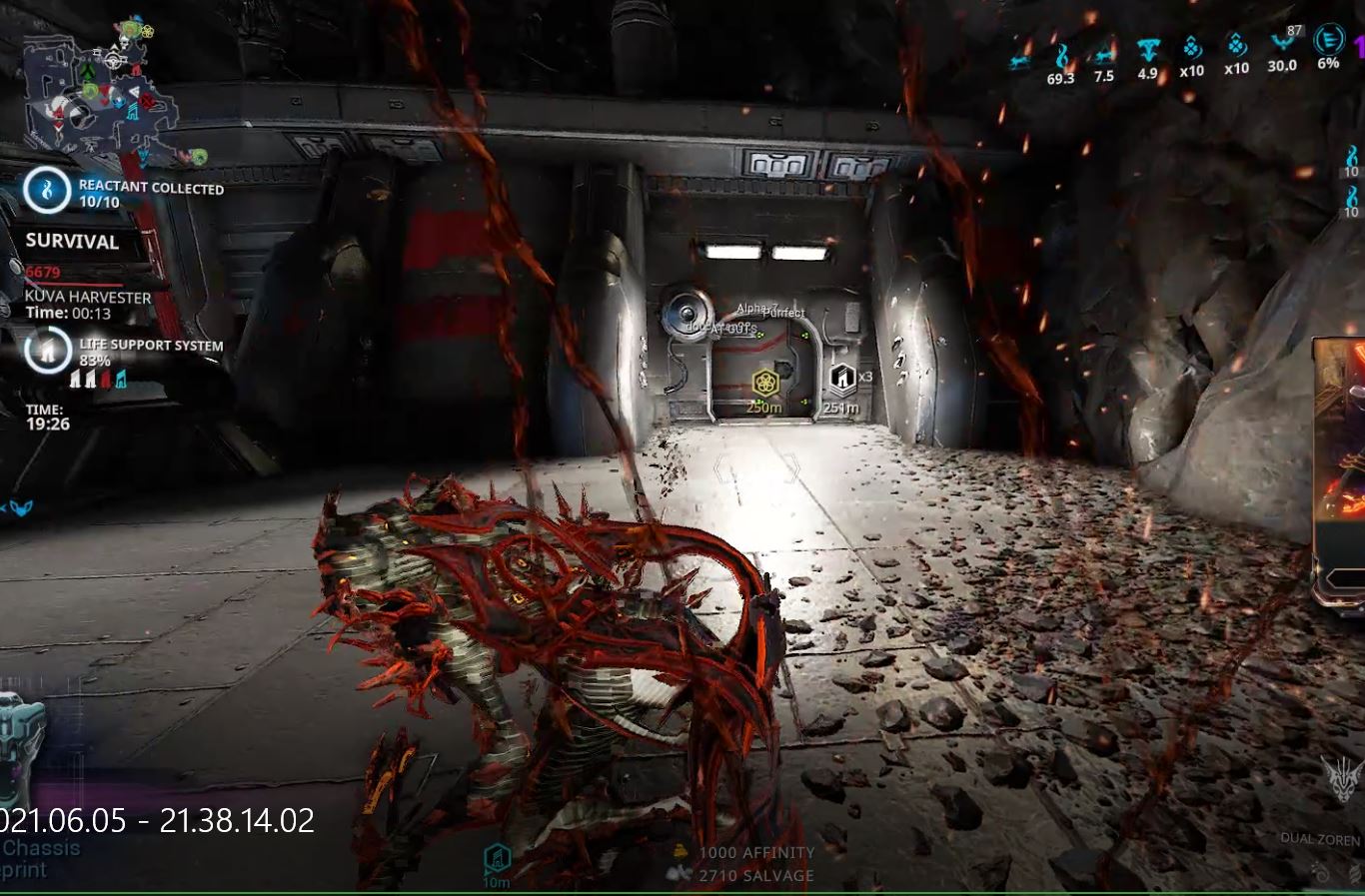 this image 1 second later into operator and we can see 35.7 sec affinity which was ticking down, now there was only 7.5 sec left on the first charm @19:26 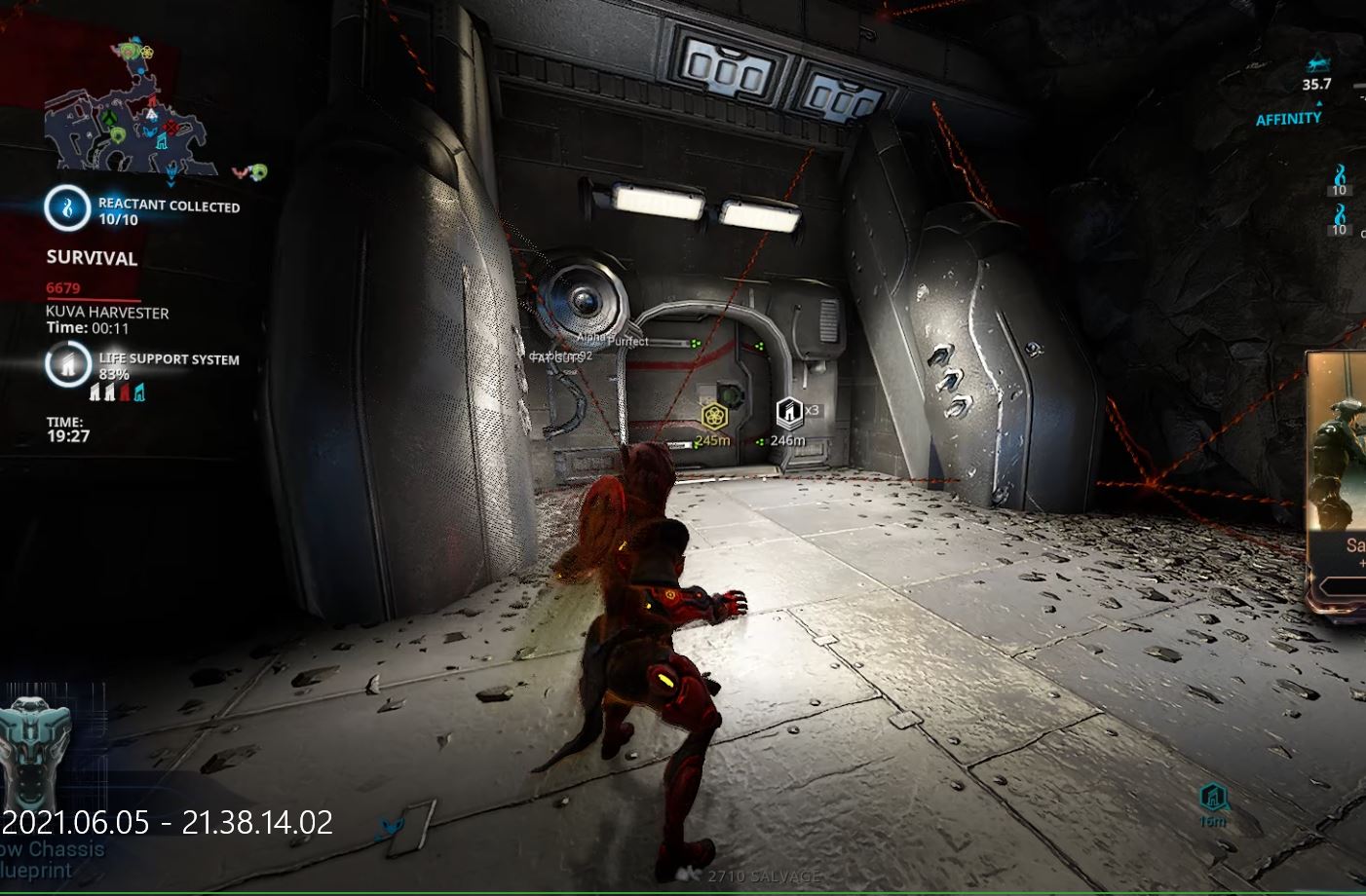 @19:33 first charm was just about to run out and still had second charm of 29.5 second left 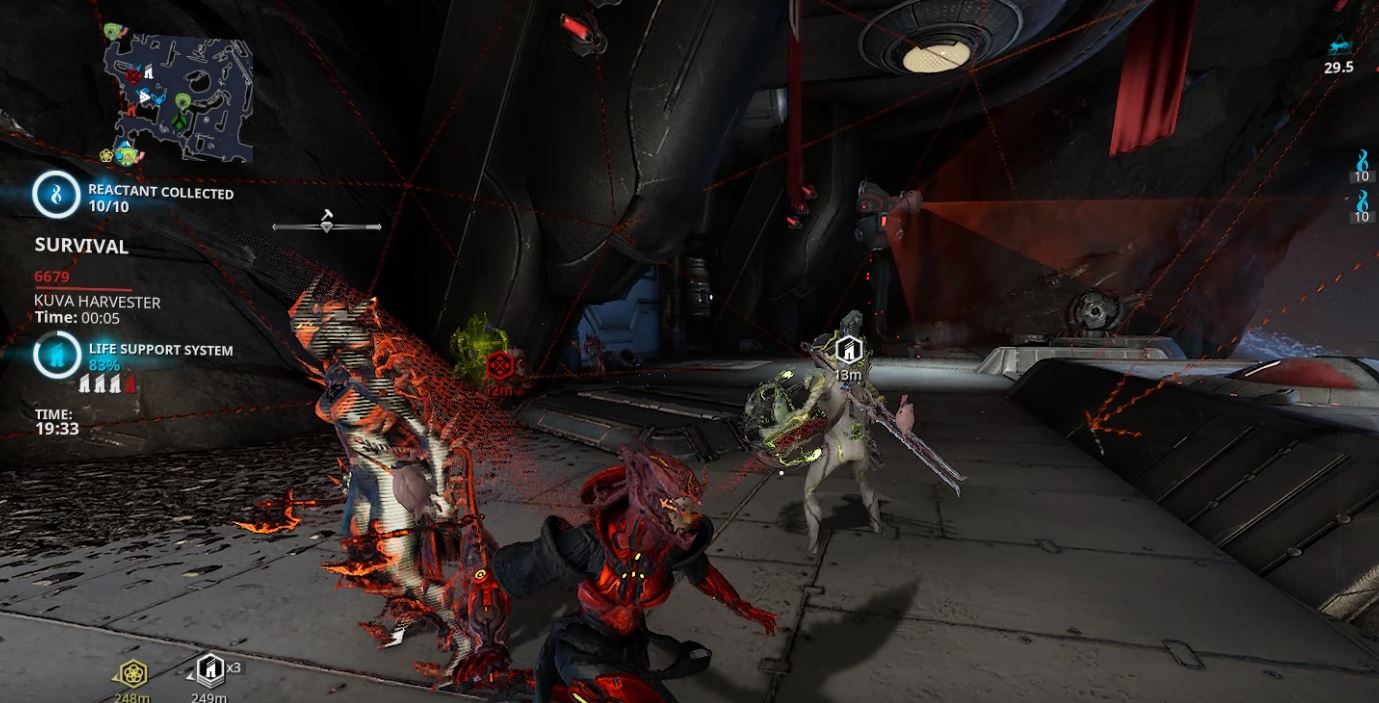 this image less than a second later just as the first affinity charm finished the 29.5 sec remaining of the second disappears.. and the pickups were straight back to non-charm pickup amounts. 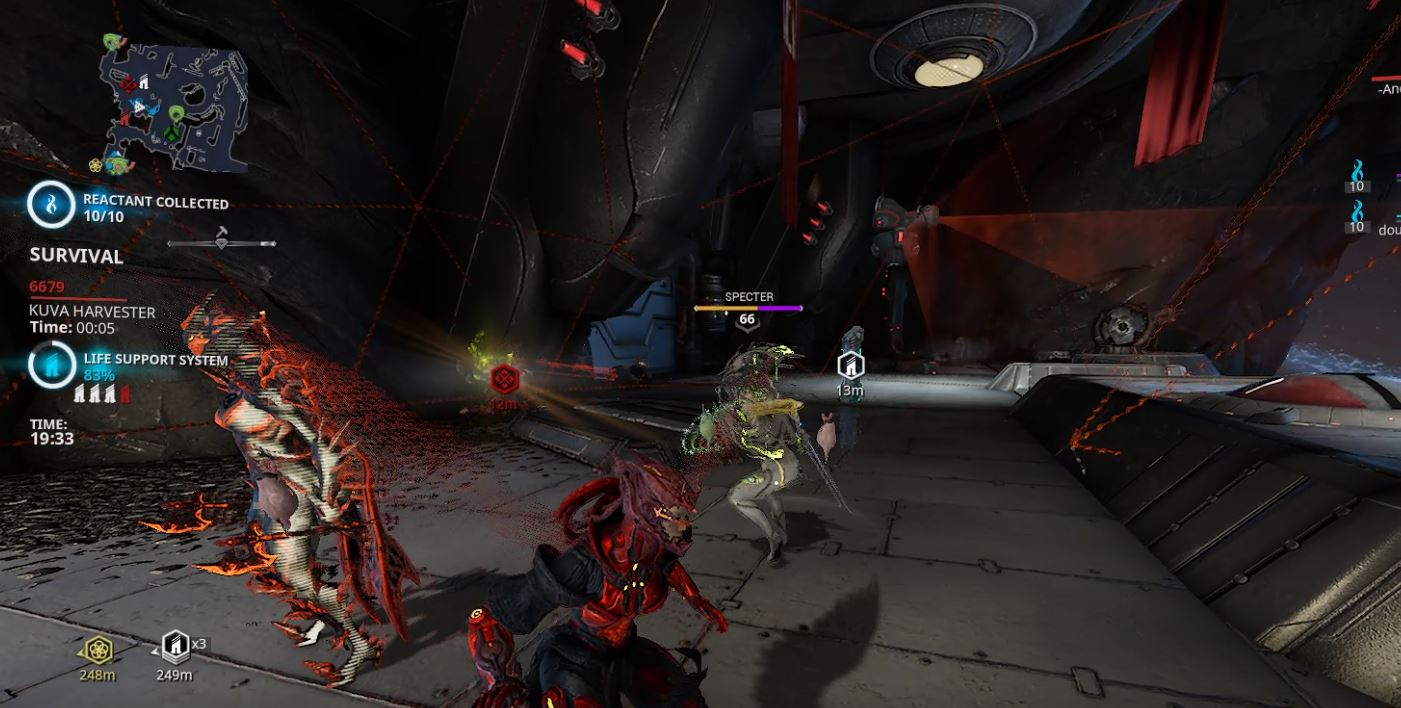 Now I thought about this and maybe it was just as the others above said, very politely I might add .. "its just me seeing more into this than what is actually happening", but the difference is during this run we had 2 Khoras running the same build with no guns only melee, and a wisp with guns, the 2 Khoras got very similar amounts of Kuva ..  I think the totals were 70.7k and 71.3k, which is what we normally see in these runs we all seem to get around the same figures on average, but the Wisp with the guns in his loadout got more than 10k above our figures.. and the wisp got many more double buffs where as both Khoras only got 1 or 2 each, even though we each saw double charms hit we only were getting 2x amounts..

Where this gets even more interesting is during the next run I did some checking, i.e.  single affinity charm, go into operator, there is no extra affinity timer running.. double charm running go into operator the extra charm timer was there.. several times over the next 2hrs I checked it happens sometimes that the second charm buff timer stays after the first one finishes and then sometimes the second one disappears exactly when the first timer runs out.

What I did notice is when the sound of a charm happened but no visual display of any charm appeared .. this seemed to be when this disappearing timer occurred.   (definately needs more testing)

I find this really interesting as I said to one of the Tennos who responded to the initial post I have done hundreds of these missions as Kuva is all I really play for in the game atm, and I keep a close eye on the buffs, which ones they are, what they are, how long they have to run etc etc.. and this is recent development for me.. again I may be totally wrong and being an old fart I could understand that.. But.. KubaKat is working hard to get me my Kuba buffs and to see them disappearing when they normally didnt .. this definately perked my interest...  maybe the way of checking the affinity buffs was altered at some stage.. idk but what I see is I / we are losing out on duration of some of the affinity buffs .. and damn that mean less stuff.. and I like the red stuff!

16 answers to this question