So as it sates it, the projectile does damage equal to that of the zaw, 2x and split 3 ways (impact,puncture/slash +a blast DoT) if a direct hit, or 5x as 100% viral to enemies that are caught in the blast. With forced impact procs.

In my shot time building zaws around the arcane, I've found discrepancy in this in actual use. If the arcane does as above stated, then when building a zaw, after going for as much critical chance and damage as you can, you should just stack as much damage as you can regardless of what that damage type is. In my experience though, the damage type on the weapon does matter even though it's claimed to be I/P/S for directs hits and 100% viral in the explosion.

For example, this first zaw's damage type is mostly viral, and it hits for 5.3k. The zaw picture below that is mostly corrosive damage and hit for only 4.7k. If the arcane works as the wiki stats the top zaw should hit harder, but it's not the case in lots of simulacrum testing and in game use. In fact the bottom zaw kills with 4x fewer hits then the top zaw. To further test it I changed the viral damage of the first zaw pictured to corrosive and retested and it killed 2x as fast as it did with viral (though the bottom zaw was still 2x faster to kill then even it with corrosive). 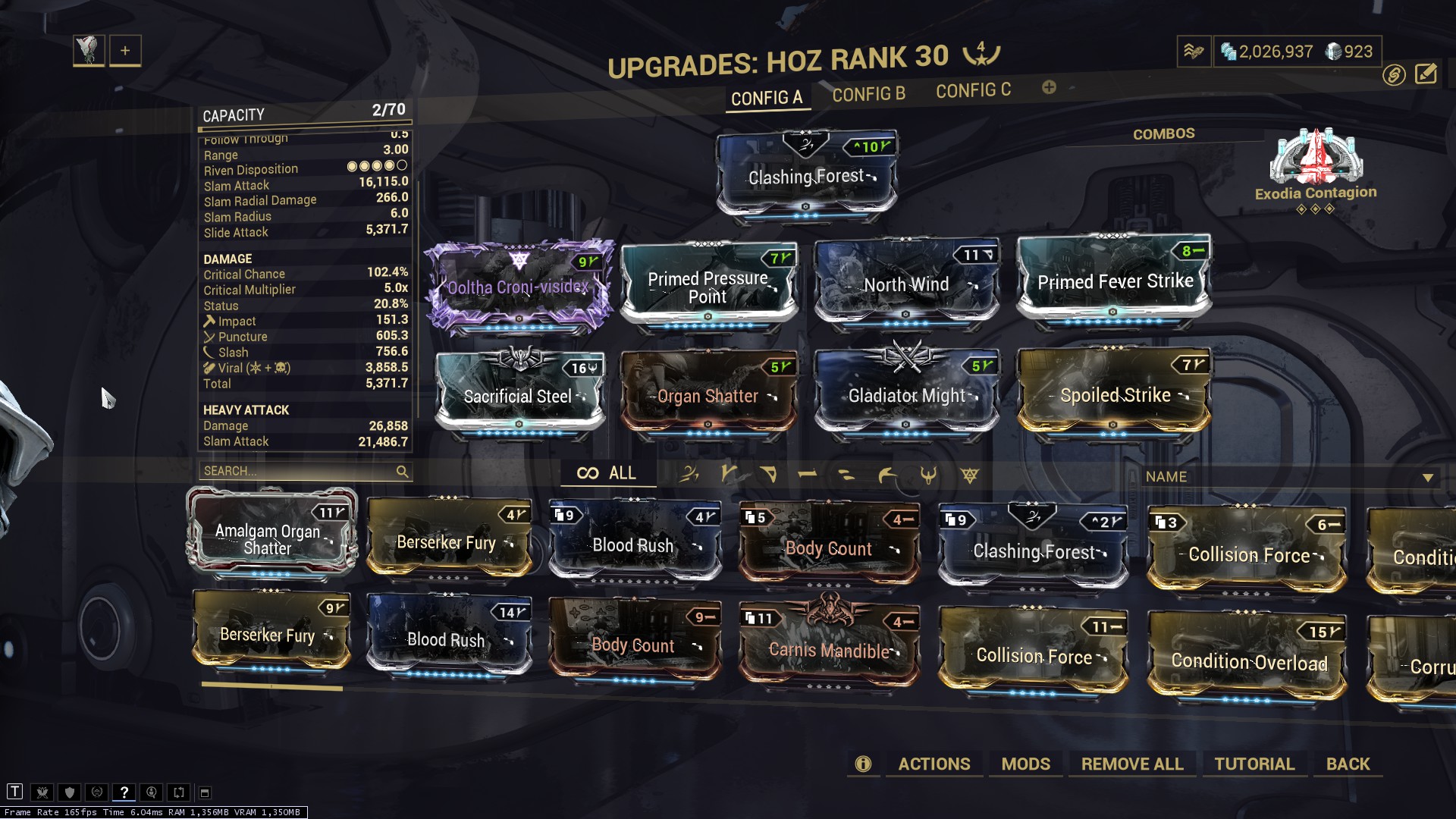 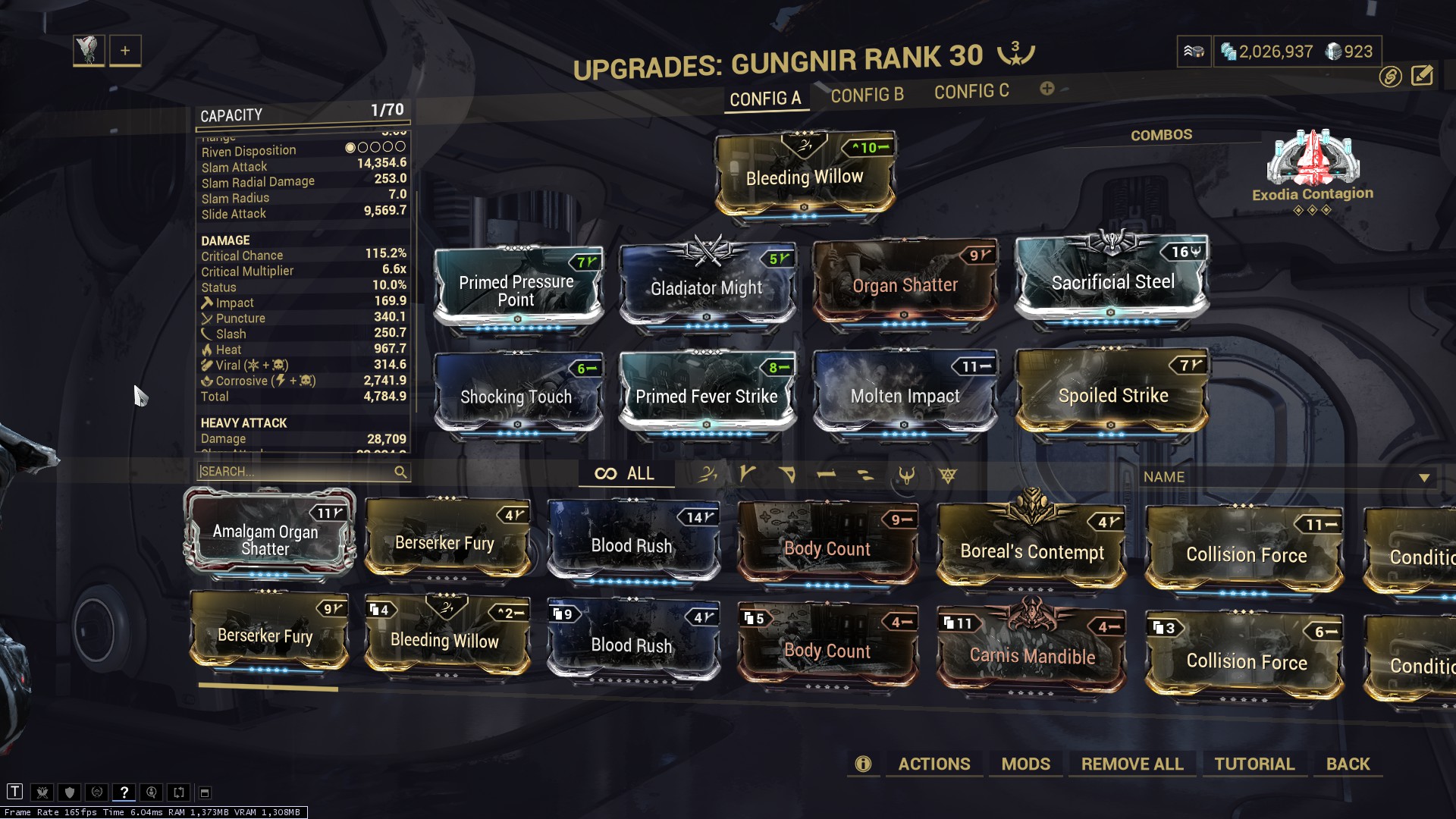 SOOO, long story short, can someone that better understands how Exodia Contagion actually applies damage explain why damage types of the base weapon matters if 100% of damage is suppose to be I/P/S for a direct hit or viral from the explosion???

OR is the wiki just wrong?